Why machine learning for the sciences?¶

Machine learning and artificial neural networks are everywhere and change our daily life more profoundly than we might be aware of. However, these concepts are not a particularly recent invention. Their foundational principles emerged already in the 1940s. The perceptron, the predecessor of the artificial neuron, the basic unit of many neural networks to date, was invented by Frank Rosenblatt in 1958, and even cast into a hardware realization by IBM.

It then took half a century for these ideas to become technologically relevant. Now, artificial intelligence based on neural-network algorithms has become an integral part of data processing with widespread applications. The reason for its tremendous success is twofold. First, the availability of big and structured data caters to machine learning applications. Second, the realization that deep (feed-forward) networks (made from many “layers” of artificial neurons) with many variational parameters are tremendously more powerful than few-layer ones was a big leap, the “deep learning revolution”. Machine learning refers to algorithms that infer information from data in an implicit way. If the algorithms are inspired by the functionality of neural activity in the brain, the term cognitive or neural computing is used. Artificial neural networks refer to a specific, albeit most broadly used, ansatz for machine learning. Another field that concerns iteself with inferring information from data is statistics. In that sense, both machine learning and statistics have the same goal. However, the way this goal is achieved is markedly different: while statistics uses insights from mathematics to extract information, machine learning aims at optimizing a variational function using available data through learning. The mathematical foundations of machine learning with neural networks are poorly understood: we do not know why deep learning works. Nevertheless, there are some exact results for special cases. For instance, certain classes of neural networks are a complete basis of smooth functions, that is, when equipped with enough variational parameters, they can approximate any smooth high-dimensional function with arbitrarily precision. Other variational functions with this property we commonly use are Taylor or Fourier series (with the coefficients as “variational” parameters). We can think of neural networks as a class or variational functions, for which the parameters can be efficiently optimized with respect to a desired objective.

As an example, this objective can be the classification of handwritten digits from ‘0’ to ‘9’. The input to the neural network would be an image of the number, encoded in a vector of grayscale values. The output is a probability distribution saying how likely it is that the image shows a ‘0’, ‘1’, ‘2’, and so on. The variational parameters of the network are adjusted until it accomplishes that task well. This is a classical example of supervised learning. To perform the network optimization, we need data consisting of input data (the pixel images) and labels (the integer number shown on the respective image).

Our hope is that the optimized network also recognizes handwritten digits it has not seen during the learning. This property of a network is called generalization. It stands in opposition to a tendency called overfitting, which means that the network has learned specificities of the data set it was presented with, rather than the abstract features necessary to identify the respective digit. An illustrative example of overfitting is fitting a polynomial of degree \(9\) to \(10\) data points, which will always be a perfect fit. Does this mean that this polynomial best characterizes the behavior of the measured system? Of course not! Fighting overfitting and creating algorithms that generalize well are key challenges in machine learning. We will study several approaches to achieve this goal.

Fig. 1 Examples of the digits from the handwritten MNIST dataset.¶

Handwritten digit recognition has become one of the standard benchmark problems in the field. Why so? The reason is simple: there exists a very good and freely available data set for it, the MNIST database 2, see Fig. 1. This curious fact highlights an important aspect of machine learning: it is all about data. The most efficient way to improve machine learning results is to provide more and better data. Thus, one should keep in mind that despite the widespread applications, machine learning is not the hammer for every nail. It is most beneficial if large and balanced data sets, meaning roughly that the algorithm can learn all aspects of the problem equally, in a machine-readable way are available.

This lecture is an introduction specifically targeting the use of machine learning in different domains of science. In scientific research, we see a vastly increasing number of applications of machine learning, mirroring the developments in industrial technology. With that, machine learning presents itself as a universal new tool for the exact sciences, standing side-by-side with methods such as calculus, traditional statistics, and numerical simulations. This poses the question, where in the scientific workflow, summerized in Fig. 2, these novel methods are best employed.

Once a specific task has been identified, applying machine learning to the sciences does, furthermore, hold its very specific challenges: (i) scientific data has often very particular structure, such as the nearly perfect periodicity in an image of a crystal; (ii) typically, we have specific knowledge about correlations in the data which should be reflected in a machine learning analysis; (iii) we want to understand why a particular algorithm works, seeking a fundamental insight into mechanisms and laws of nature; (iv) in the sciences we are used to algorithms and laws that provide deterministic answers while machine learning is intrinsically probabilistic - there is no absolute certainty. Nevertheless, quantitative precision is paramount in many areas of science and thus a critical benchmark for machine learning methods.

Fig. 2 From observations, via abstraction to building and testing hypothesis or laws, to finally making predictions.¶

A note on the concept of a model
In both machine learning and the sciences, models play a crucial role. However, it is important to recognize the difference in meaning: In the natural sciences, a model is a conceptual representation of a phenomenon. A scientific model does not try to represent the whole world, but only a small part of it. A model is thus a simplification of the phenomenon and can be both a theoretical construct, for example the ideal gas model or the Bohr model of the atom, or an experimental simplification, such as a small version of an airplane in a wind channel.

This lecture is an introduction to basic machine learning algorithms for scientists and students of the sciences. We will cover

The field of machine learning is full of lingo which to the uninitiated obscures what is at the core of the methods. Being a field in constant transformation, new terminology is being introduced at a fast pace. Our aim is to cut through slang with mathematically precise and concise formulations in order to demystify machine learning concepts for someone with an understanding of calculus and linear algebra.

As mentioned above, data is at the core of most machine learning approaches discussed in this lecture. With raw data in many cases very complex and extremely high dimensional, it is often crucial to first understand the data better and reduce their dimensionality. Simple algorithms that can be used before turning to the often heavy machinery of neural networks will be discussed in the next section, Structuring Data without Neural Networks.

The machine learning algorithms we will focus on most can generally be divided into two classes of algorithms, namely discriminative and generative algorithms as illustrated in Fig. 3. Examples of discriminative tasks include classification problems, such as the aforementioned digit classification or the classification into solid, liquid and gas phases given some experimental observables. Similarly, regression, in other words estimating relationships between variables, is a discriminative problem. More specifically, we try to approximate the conditional probability distribution \(P(y|x)\) of some variable \(y\) (the label) given some input data \(x\). As data is provided in the form of input and target data for most of these tasks, these algorithms usually employ supervised learning. Discriminative algorithms are most straight-forwardly applicable in the sciences and we will discuss them in Secs. Supervised Learning without Neural Networks and Computational neurons. 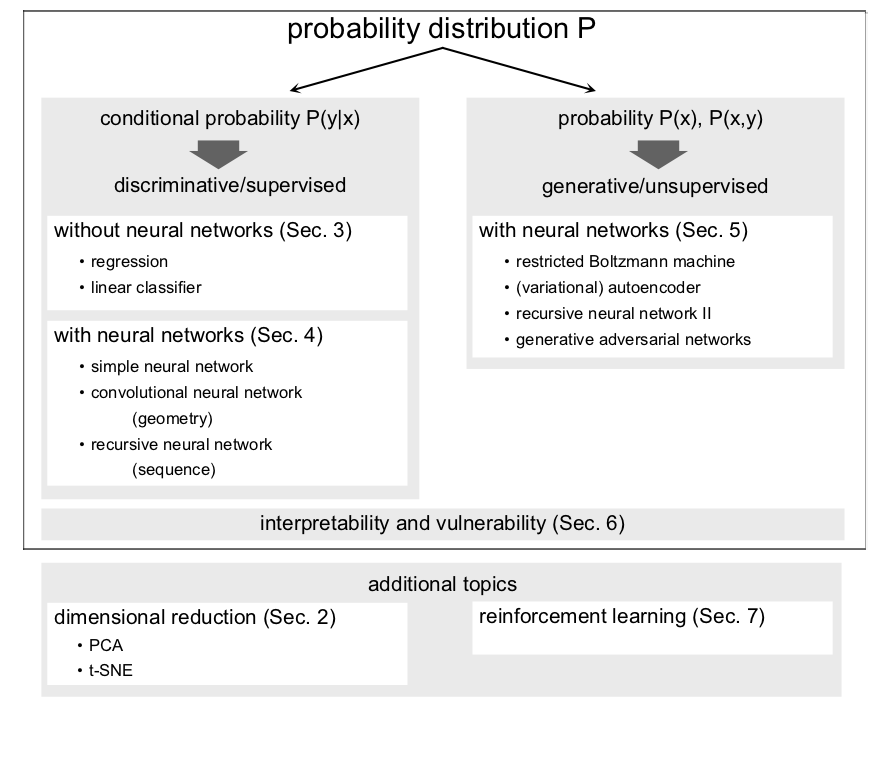 Fig. 3 Overview over the plan of the lecture from the perspective of learning probability distributions.¶

Generative algorithms, on the other hand, model a probability distribution \(P(x)\). These approaches are—once trained—in principle more powerful, since we can also learn the joint probability distribution \(P(x,y)\) of both the data \(x\) and the labels \(y\) and infer the conditional probability of \(y\). Still, the more targeted approach of discriminative learning is better suited for many problems. However, generative algorithms are useful in the natural sciences, as we can sample from a known probability distribution, for example for image denoising, or when trying to find new compounds/molecules resembling known ones with given properties. These algorithms are discussed in Sec. Unsupervised Learning. The promise of artificial intelligence may trigger unreasonable expectations in the sciences. After all, scientific knowledge generation is one of the most complex intellectual processes. Computer algorithms are certainly far from achieving anything on that level of complexity and will in the near future not formulate new laws of nature independently. Nevertheless, researchers study how machine learning can help with individual segments of the scientific workflow (Fig. 2). While the type of abstraction needed to formulate Newton’s laws of classical mechanics seems incredibly complex, neural networks are very good at implicit knowledge representation. To understand precisely how they achieve certain tasks, however, is not an easy undertaking. We will discuss this question of interpretability in Sec. Interpretability of Neural Networks.

A final note on the practice of learning. While the machine learning machinery is extremely powerful, using an appropriate architecture and the right training details, captured in what are called hyperparameters, is crucial for its successful application. Though there are attempts to learn a suitable model and all hyperparameters as part of the overall learning process, this is not a simple task and requires immense computational resources. A large part of the machine learning success is thus connected to the experience of the scientist using the appropriate algorithms. We thus strongly encourage solving the accompanying exercises carefully and taking advantage of the exercise classes.

While it may seem that implementing ML tasks is computationally challenging, actually almost any ML task one might be interested in can be done with relatively few lines of code simply by relying on external libraries or mathematical computing systems such as Mathematica or Matlab. At the moment, most of the external libraries are written for the Python programming language. Here are some useful Python libraries:

This course is aimed at students of the (natural) sciences with a basic mathematics education and some experience in programming. In particular, we assume the following prerequisites:

Please, don’t hesitate to ask questions if any notions are unclear.

For further reading, we recommend the following books: